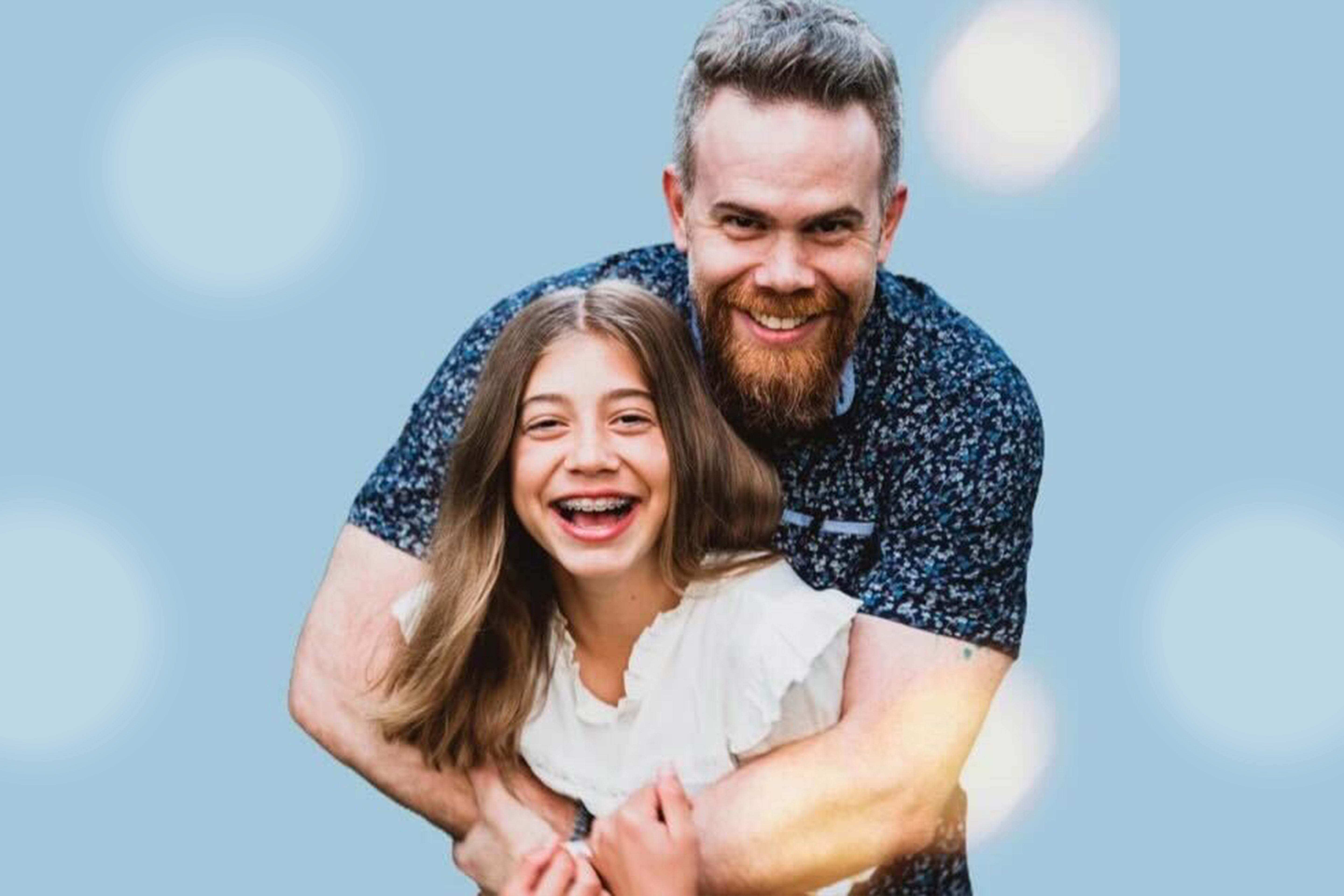 This is a story about my "Rock Bottom," I guess. But the funny thing about a Rock Bottom is that it looks different for everyone, and it rarely looks like people would imagine. Mine happened on my couch.

-Catherine Gray - The Unexpected Joy of Being Sober

I’m originally from Pennsylvania but went to college in Cleveland, Ohio and have lived and worked here ever since with my wife and daughter. I didn’t really start my drinking career until I went to college. Actually, my first real drinking experience was on a recruiting visit for football where I got extremely drunk, threw up, blacked out, etc. But then college began, and it was more of that for sure. I played football for two years and was in a fraternity so the "normal" binge drinking ensued all throughout school. When I got out of school, I started work at a Big 4 accounting firm and it was very much a “work hard, play hard” atmosphere. We worked a ton of hours during our busy times (which was a lot of the year) and went to the bars to blow off steam and unwind.

My drinking scaled back a little bit when I got married at 23, and then even more when I switched jobs in 2007. Our daughter was born when I was 27. For many years, when I drank at home, I didn’t drink a lot. However, I was still binge drinking when I went out with friends, and the one thing I never possessed on those binging nights was an OFF switch.

At the end of 2014, I was put on a huge project for work that involved our entire organization. It was high exposure for me, a lot of work, and a lot of pressure. All throughout 2015 I worked seemingly 24/7 on this project until completion at the beginning of 2016. I learned a ton and it was great for my career. But my habit that started prior to the start of this project of grabbing a drink to unwind after work slowly took a stronger hold. I began pouring myself a drink to relax before getting back to work at home and then drinking more as the night wore on. After the completion of the project, we then had to implement the changes which meant more work, and it meant more using alcohol as a tool to destress. Even after that implementation, our company was then a target for acquisition, and even more work (and drinking) ensued.

All throughout this time I was still highly functioning and even won our company’s “Accountant of the Year” award in 2016 for my efforts on the big project. I never drank in the morning or during work hours, but I couldn't even begin to count how many times in a moment of stress throughout the day I thought to myself, "I need a drink." I packed my drinking in at night and into the early morning hours. That's why I always went for the strongest beers I could find and whiskey with a few cubes. I was nothing if not efficient!

At this point, my tolerance was high, and I would have something to drink almost every night of the week. I also found myself finishing a lot of nights in the basement passing out on our couch. I’d wake up in the morning early to get my daughter out the door for school and I’d down a lot of coffee and head to work, only to repeat the process again that night. Still highly functioning, but the wear of years of doing this was beginning to break me down.

In 2018, my weight, cholesterol, blood pressure, and liver enzymes, just to name a few, were all going through the roof. In August of that year, an ultrasound indicated fatty liver disease, not that I was surprised. After all, many mornings I would wake up with a sore, swollen liver. I tried doing a “Sober October” and made it only 4 days without drinking. Other half-hearted attempts failed as well, and then our company was sold in December. I ended up keeping my job in the process but there was much uncertainty. Throughout much of this year, my head was not in a good space. I started just hating myself and what I was doing to my body and my life, all the while seemingly unable to stop.

Finally on a Tuesday night in late January, after finishing a half liter of whiskey and a bottle of wine, I finally broke down and I cried. A lot. I had finally made it to the end of my rope, my Rock Bottom. That night, a quote from Russell Brand’s book, Recovery, stuck out in my head. “Are you, on your own, going to unf*ck yourself?” I knew I was not, so I took out my computer and I drunkenly started searching for a therapist, something I had been thinking about doing, and came across an online service and signed up right there.

I have been seeing Nicki ever since, and the work I have done with her and my wife has changed my life.

But even then, I still didn’t have a plan. I thought I’d pause drinking for a while, 2-3 months maybe, and then somehow be cured and be able to “drink normally” and maybe even, dare I say, "responsibly." I dwelled a lot on WHEN I COULD drink again. I still didn’t think about IF I SHOULD ever drink again. I made it to 60 days and then drank on a work trip. Then, I drank on a family trip to a winery that same weekend. I had one drink the week after that. So it continued and I went on vacation at the end of April and tried to practice moderation. I’ll say it worked for all but two days on that vacation. Moderation is hard work, and I knew I couldn’t sustain it. The countless planning, the rules, the breaking of the rules, and making new rules on the fly was tough. Really tough. Then, on Sunday, April 28, 2019, I took my last drink as I drunkenly passed out watching Game of Thrones. That was 1,121 days ago at the time of this writing.

I must add that I never thought I’d be here right now not having drank all this time. My first thought that morning was, “There’s no way I’m making it to the weekend!” But I didn’t focus too much on that. I just started working with the tools I had and as the week went on and I felt a little better, I got a little more confidence. Then, I just focused on small goals and kept working.

Therapy has been the #1 tool I’ve used throughout my process. I always kept all my thoughts and emotions, especially the negative ones, buried down for so long, as a lot of men are told to. To finally open up to someone about what went on in my head and share my fears and worries was so cathartic. As a part of my therapy, my journaling has become a main outlet for my thoughts as well. I learned that once I start typing about something that bothers me, I quickly have a lot more to say than I originally intended, and it has led to many breakthroughs about what was going on in my head and then working on a solution for it.

Along the way I created a new Instagram account in August 2019 (@thesoberginger) and slowly increased my sharing and interactions there to where it is now, and it is a massive reason why I am still alcohol free today. I have made some very strong connections on that platform and think anyone looking to give up alcohol, for any length of time, should definitely create an account, whether you're anonymous or not, and start posting or just following others for motivation. The community online is so supportive it’s almost shocking. There are many different personalities and different ways people have worked on this thing that you are bound to connect with someone or something. That’s the key. Figure out the particular formula that works for you and keep tweaking and perfecting it. My formula is therapy, journaling, reading, the Instagram community, the support of my family, and giving back of myself to this community.

I have gained my health back by getting sober, both physically and mentally. Everything that was going wrong is now getting reversed. My mental clarity is through the roof, and I never realized how empty of a tank I was operating on until I knew what a full tank felt like... and I never want to go back!