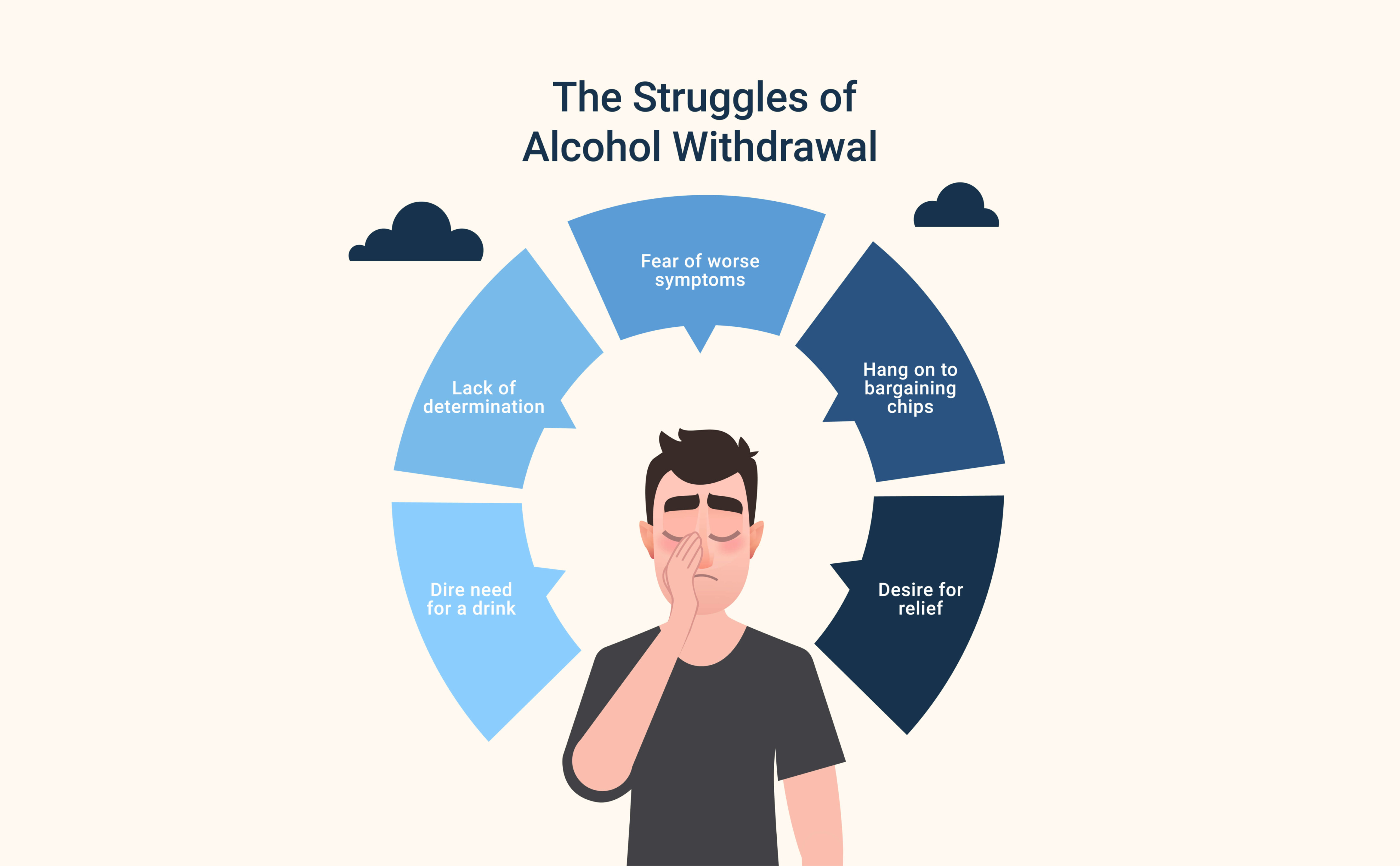 When someone quits drinking without intervention, medication or cutting back this is referred to as going “cold turkey.” The severity of quitting “cold turkey” specifically contrasts with a slower, more gradual quitting regimen. If you plan to quit something cold turkey, you plan to instantly go from doing it to not doing it.

For the moderate or occasional drinker, quitting cold turkey should cause no issues or symptoms of withdrawal. According to CDC Guidelines to reduce the risk of alcohol-related harms, adults of legal drinking age should limit intake of alcohol to 2 drinks or less in a day for men or 1 drink or less in a day for women. Weekly, moderation is considered 14 drinks or less for men and 7 drinks or less for women. Heavy drinking is considered anything more than this and can lead to symptoms of Post Acute Withdrawal Symptoms.

The term PAWS was created to describe the cluster of ongoing withdrawal symptoms, which are largely psychological and mood-related, that can continue after acute withdrawal symptoms have gone away. Although post-acute withdrawal rarely involves aches and pains, nausea, cramping, headaches, or other physical symptoms, it can be just as intense as acute withdrawal. Suddenly stopping alcohol consumption is dangerous, since it can cause delirium tremens (including seizures and psychosis) and can also increase the likelihood of PAWS (e.g., long-term cravings, exhaustion, and feeling ill).

Being dependent on alcohol means a person feels they’re not able to function or survive without it and that drinking becomes an important - or sometimes the most important - factor in their life. Some signs may include:

People who are becoming dependent on alcohol notice they need to drink more to get the same effect. They often give priority to drinking over other activities or obligations (such as work or family life), or continue drinking despite harmful consequences - for example, liver disease or depression caused by drinking. Alcohol dependence also causes physical withdrawal symptoms when you stop drinking. Alcohol withdrawal syndrome is a set of symptoms that occur when someone who is physically dependent upon alcohol suddenly stops drinking or drastically reduces their alcohol intake.

Signs and symptoms of the various stages of alcohol withdrawal may include:

The team here at Reframe has one priority and that is your safety. If you believe you may have alcohol dependence, or if you experience these symptoms when you try to quit drinking or stop drinking for a few days we do not recommend you stop drinking cold turkey. We do recommend reaching out to your General Practitioner, your Psychiatrist, your local hospital, your insurance company or local detox facility to create a detox plan under proper supervision.

In cases of heavy and frequent drinking, withdrawal can be dangerous and may lead to delirium tremens, which can include seizures, visual hallucinations, confusion, and possibly death. Detoxing under the supervision of a detox program allows for withdrawal symptoms to be closely monitored and managed through medications, if necessary. Below are some resources you can use to find a proper detox program: